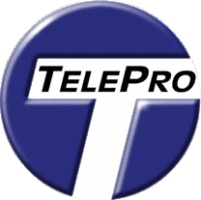 TelePro was approached by a customer  and asked to design and implement a data acquisition and storage system for an integrated set of aluminum rolling mills.  The customer wanted a system that would gather coil quality information in real time that could be also be displayed in real time at the mill operator's request, and at the same time stored in a long term database for later playback and statistical analysis so that the then aging strip-chart data logging system could be decommissioned.  But the part that made it exceptionally difficult was that this entire system had to run on a Modcomp based process control system.  TelePro decided to modify the existing control programs in the process control system and move the data to a global common area so that it was available to both the visualization applications and data storage applications.  We also implemented a store and forward system to move data from the process control to the Rolling Mill Quality Database so that in the event that the database system was offline at roll time, no data would be lost, it would just be queued waiting for insertion at the next time the database came online and was ready to receive data.  Over the following years, the above system, which was designed and commissioned on two specific process centers for this customer, was so well received, that TelePro has commissioned subsequent installs to cover additional mill and heat treat process areas of the plant.

For a more detailed case study of this project, click here.